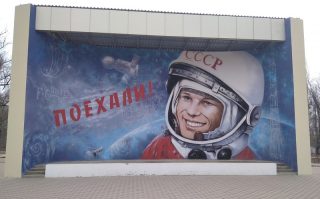 One of the oldest parks in the city, named after the cosmonaut almost immediately after the memorable events of April 12, 1961. The history of the park named after Yu. A. Gagarin began in pre-war Stalingrad. The townspeople knew it as the Aeroportovsky Park.

During the Battle of Stalingrad, the park became the site of bloody battles for every square meter of its territory. The deceased defenders of the city were buried on the central alley in a mass grave (about 2000 people), over which a monument was erected in 1987. 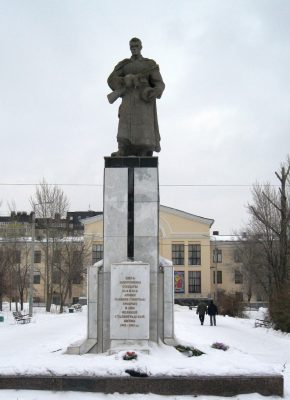 The monument to the fallen soldiers of the 308th division of the 62nd and 65th armies was designed by the architect G.M. Kamyshev. He is a two-meter figure of a warrior with a submachine gun. The sculpture is made of monolithic reinforced concrete. It is installed on a four-meter pedestal lined with marble and granite slabs.

In 1990, a memorial sign was unveiled in the park in honor of the soldiers-internationalists — residents of the Krasnooktyabrsky district who died in Afghanistan. The memorial was made of granite and marble in the workshop of the regional department of culture. It is made in the form of an architectural composition of steles of different heights and area uniting them.

In addition to keeping the memory of military history, the park has long had the fame of a small arboretum. Its alleys were rich in a variety of species and varieties of both woody and flowering plants. Most of them served as a standard plantation for the southeastern zone of the Volga region. 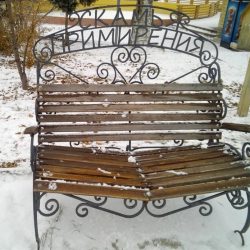 The Palace of Culture named after V.I. A. Gagarin, attractions, cafe «Lukomorye». The staff of the open-hearth shop of the Barrikady plant built the Cascade fountains on the site of the boggy area of the park. The variety of recreational areas attracted many holidaymakers.

During its existence, the Gagarin park has undergone several reconstructions. After the latter, in the 2000s, it lost some of its unique biodiversity. However, the park received an irrigation system, which made it possible to start again landscaping the territory. The usual paths and attractions disappeared, but new objects appeared, the colonnade of the main entrance to the park was restored, the third “Bench of Reconciliation” in the city was added to the appearance of the park, it was installed next to the central alley of the Gagarin park. 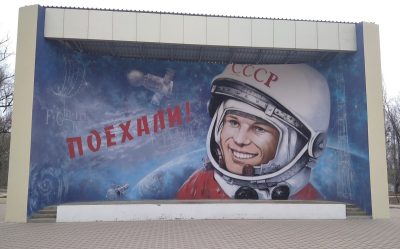 The decoration of the summer stage was the artistic image of Yuri Alekseevich Gagarin. In September 2020, Volgograd artist Alexei Berezhnov completed work on a huge 160 sq. meters (8×20). The improvement of the park continues, new objects for cultural recreation of adults and children appear on its territory every year.