Palace of Culture of Aluminum Smelter

This is one of the largest centers of culture and recreation in the region (750 sq. meters). The modern name of the Palace of Culture of Aluminum Smelteris the Palace of Culture of the Traktorozavodsky District. It has been established on the 19th of December, 1970. The authors of the project were the architects K. V. Dynkin and I. E. Fialko. Artists Pyotr Chaplygin and Mikhail Pyshta decorated the foyer with wall painting dedicated to the history of the city. 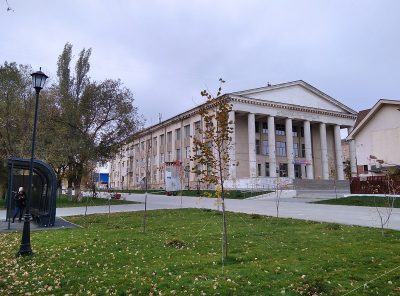 On the 7th of November, 1972 in front of the central entrance to the Palace of Culture was installed a sculpture of a writer Alexei Maksimovich Gorky.. The facility is made of beaten aluminum and concrete. The authors of the project were a sculptor Lev Mikhailovich Maistrenko and an architect Konstantin Vasilyevich Dynkin.

Originally the sculpture was supposed to rise picturesquely over a pool of water (the writer was sitting in thought on the bank of Volga). But for years the pool remained dry and abandoned (like a moat around an old castle). In 2020 the building of the Palace of Culture and the area in front of it were reconstructed. Well-tended squares with a playground and lanterns in the form of art objects, figured musicians, appeared nearby. 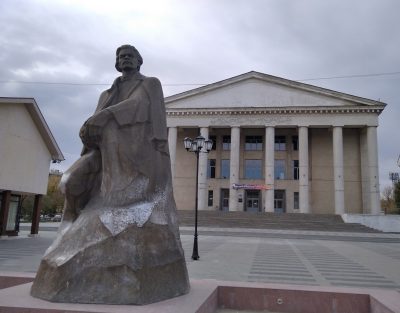 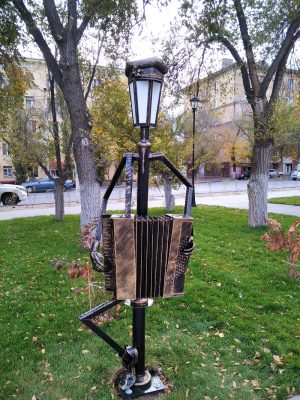