The northernmost district of Volgograd — Traktorozavodsky — has its own Paleolithic landmark.

On the outskirts of the Spartanovka microdistrict, near the railway tracks, away from the railway. station Novaya Spartanovka, a memorial sign was installed — a granite slab with the text: “Monument of archeology — an object of cultural heritage Volgograd (Stalingrad) site of the Paleolithic era. Subject to state protection. Persons who have caused damage to a cultural heritage object bear criminal, administrative and other liability in accordance with the legislation of the Russian Federation.»

Here 75-100 thousand years ago there was an ancient man’s camp, which was discovered in 1951 by the Voronezh geologist Mikhail Nikolaevich Grishchenko (1903-1975). He was interested in unusual finds (tools), which belonged to the Mousterian period of the Middle Paleolithic, and he reported this to archaeologists. Since then, the site has been visited, described and studied. As a result of the study, 5 dwellings were found, animal bones (including mammoth, bison, rhinoceros), about 300 pieces of tools, etc. Notably, earlier in the early twentieth century, archaeologist Franz Vladimirovich Ballaud discovered a nomadic settlement near the Paleolithic site. It received its name in scientific sources «Mechetnoye Settlement». Alas, the old Golden Horde fortress was dismantled by local residents long before the start of real archaeological excavations.

Thus, since ancient times, the territory occupied by the Spartanovka microdistrict has been an inhabited place. Before the revolution, there were several villages and a manor house here. The microdistrict got its name from one of the settlements, designated in different sources as Protyanka, Partyanka, Spartanka, Spartanovka. 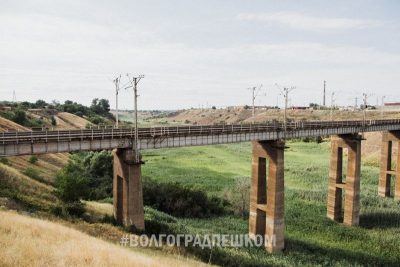