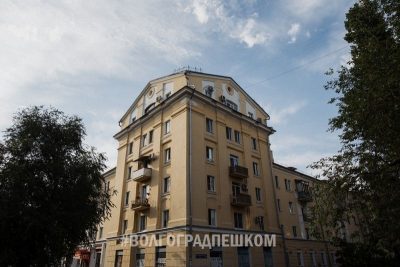 Due to the concentration of Soviet-style buildings, Volgograd is called the most Soviet city in Russia.

The density of samples of architecture of the pre-war and first post-war period creates a unique atmosphere of the last century.

Buildings in the constructivism style of the 1930s and the «Stalinist Empire» of the 1950s on the territory of the Upper and Lower Tractor — part of the Sotsgorodok, formed around the Tractor Plant (STZ). The aesthetic appearance of the Sotsgorodok STZ was closely related to the ideological content. It was strikingly different in its modern architectural solutions from the center of Stalingrad, where new buildings were adjacent to former merchant mansions.

Although there is no mention of Sotsgorodok on the map of modern Volgograd, acquaintance with it is possible.

As an example, we can take walks along the streets of the Traktorozavodsky district, which historically originate from the factory checkpoints. 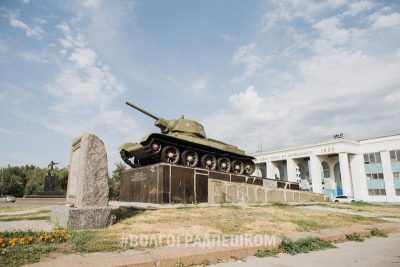 of attractions. Mosaic panels, a T-34 monument, a granite stele, a sculpture of the defender of Stalingrad — appeared on the square named after Felix Edmundovich Dzerzhinsky (1877-1926) much later than the sculptural embodiment of the revolutionary.

One of the four pre-war historical monuments preserved after the Battle of Stalingrad is the sculpture by F.E. 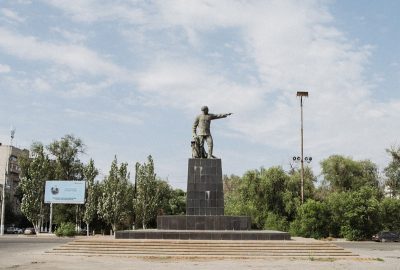 Dzerzhinsky. Initially, a temporary model was installed in front of the central entrance of the plant in 1932, and on June 17, 1935 it was replaced by a bronze monument to the revolutionary. The height of the sculpture is 4.3 meters, the pedestal is 6.48 meters. The author of the project is the sculptor-monumentalist Sergei Dmitrievich Merkurov (1881-1952).

The street named after F.E.Dzerzhinsky is the longest pedestrian street in Volgograd, intersecting with other streets with traffic. Since the 1970s, the street has been transformed into a pedestrian street. Twice it is crossed by streets named after our fellow countrymen, Heroes of the Soviet Union Pavel Shurukhin and Ivan Meshcheryakov. The pedestrian part of this street is over 1 kilometer long and 50 meters wide. There is one more interesting feature of the street: there are three squares on it: Dzerzhinsky, in front of the Udarnik cinema and in front of the Palace of Culture of the Aluminum Plant. The buildings forming the street are a vivid example of the unique appearance of the former Sotsgorodok STZ.

Traveling along this street, we can see buildings which are very different from the modern architecture. You can see decorative belts, window frames, stucco details, including roof railing in the form of balusters, imitating the traditional system of manual stone processing.